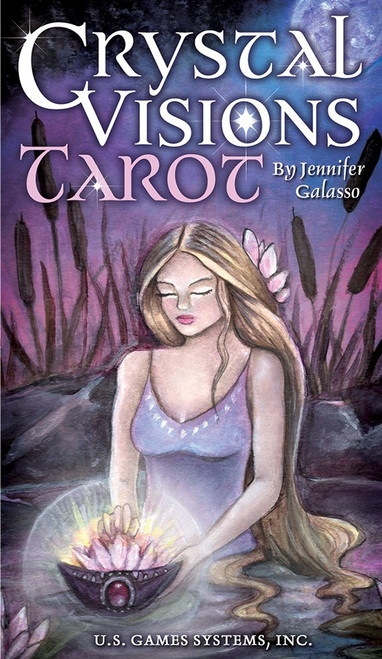 Crystal Visions Tarot remains true to the classic Rider-Waite 78-card system in much of its symbolism, as well as in card and suit names.

The luscious card imagery also illustrates the elemental aspects of each suit in order to aid the novice in forming associations with the cards.

The Crystal Visions Tarot deck includes 78 cards with an additional unknown card for gazing into future situations that have not yet been revealed, or for exploring issues with deeper insight. The instruction booklet offers both upright and reversed meanings.