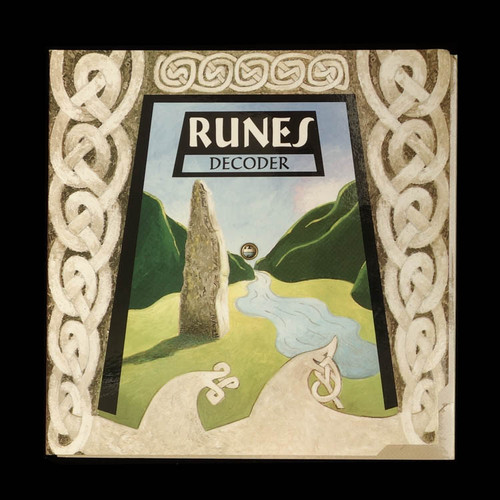 Pre-Loved - Only 1 in stock - Unable to reorder this item

Mystery surrounds the rune alphabet which originated among the Nordic people of Europe. One theory suggests that the rune symbols were developed from the Etruscan alphabet perhaps in the first or second century BC while, on the other hand, ancient carvings dating back to the later Stone Age or Early Bronze Age look intriguingly similar to rune symbols and invite speculation that they might have evolved from these shapes.  Most runic carvings and manuscripts come from Sweden, others from Norway, Denmark, Iceland and Britain. Runes were used mainly for inscriptions, charms and talismans and they were strongly connected with magic and fortune telling. The word 'rune’ appears in Old Norse as ’run' (secret writing), in Gothic as ’runa' (secret, whisper), in Old English as ’roun' and in German as ’raunen’. All these words share the meaning ’whispered secrets'. With the arrival of Christianity around AD 800, rune craft became a dangerous business.

In Iceland, as late as the 16th century, anyone found in possession of rune material could be condemned to death. This gives an idea of how powerful the rune symbols were considered. Today we are not certain exactly about the secret traditions in which the runes were used for divination.

The method suggested in the Decoder is one used by many modern rune casters and can produce astonishingly accurate results.  To consult the runes, first formulate your question, then cast the runes which are provided with the Decoder onto the casting board, follow the instructions and turn the appropriate wheel to discover your relevant divination.

Casting the Runes: Unlock the Ancient Craft of Self-Prediction

Seasons of the Witch: Samhain Oracle

The Oracle of the Bones

The Zenned Out Journey Tarot