Tarot of the Abyss 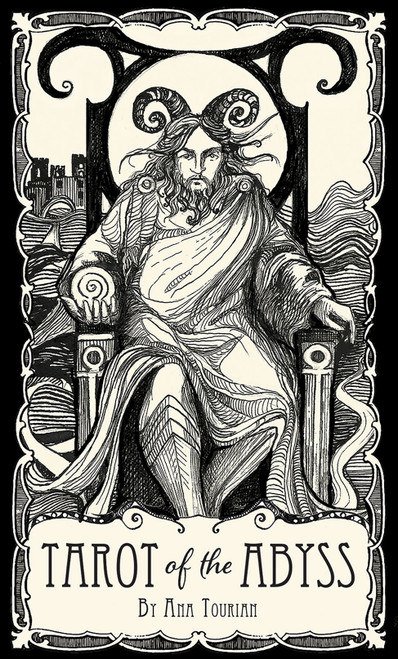 Tarot of the Abyss

Signed by the Author - Limited copies

Tarot of the Abyss tells a tale of the soul that steps through the trials and joys of life, a deck that delves deep and bring out images that we sometimes find within our dreams.

Tarot experiences begin as shapeless and void as the abyss. As we evolve and develop our relationship with the cards, we move from dark chaos to an ordered, illuminated cosmos. In both the Major and Minor Arcana, Ana Tourian has created a beautifully nuanced tarot deck designed to mirror the journey of the soul through the universe.

Each card was done based on the Rider Waite Tarot and its card meanings, however, emphasizing elements that are traditional within the deck. Therefore the images, are meant to inspire and be a stepping stone in our own individual spiritual quest and to speak to a wider range of cultures and spiritual pursuits.

The artwork was done in a very traditional style of pen and ink drawings. Ana likes to stick to the old tricks, that is why she loves using nibs.

About the Creator: - Ana Tourian is an illustrator and graphic designer and the creator of The Hidden Waters Tarot, The Clair De Lune Lenormand and  Oracle Of Echoes. She is also illustrator for the Bonestone & Earthflesh Tarot that was created in collaboration with Avalon Cameron and is set to be released in December 2018.

Ana graduated with a BFA in Painting and Drawing from University of Utah and later pursued an MFA from Pratt institute in Communications Package Design.  In the past she worked as a Senior Art Director in NYC with a focus in pharmaceutical advertising. Working with clients such as Roche, Merck, GlaxoSmithKline, and Bristol-Myers Squibb.   She lives in New Jersey with her two children and husband. Click here to go to the authors official webpage.

Tarot of the Kingdoms

Builders of the Adytum