The Lost Tarot of Nostradamus – 2021 edition 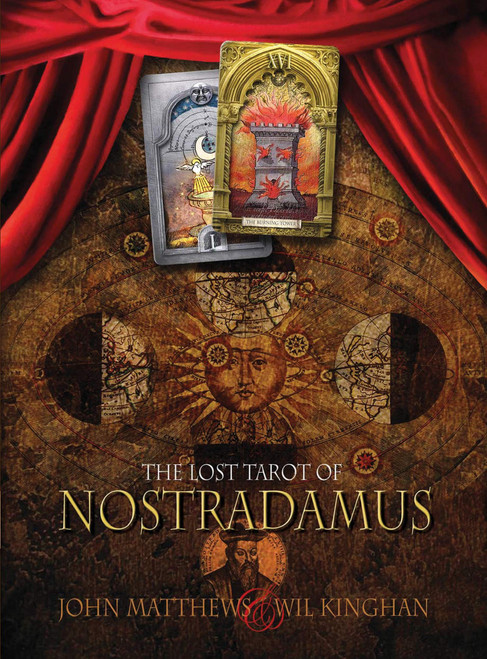 The Lost Tarot of Nostradamus – 2021 edition

For the first time, the astounding power of Michel de Nostredame's prophecies is married to the predictive imagery of the Tarot.

Michel de Nostredame, sixteenth-century French apothecary and seer, was the most famous visionary of them all. In 1994, in the Italian National Library in Rome, a manuscript believed to be by the man himself was discovered along with 80 mysterious paintings drawing heavily on the symbolism of the tarot. John Matthews and Wil Kinghan realized the implications of this work and, after much research, now bring it to fruition.

For the first time, the astounding power of the prophecies is married to the predictive imagery of the Tarot. Fresh translations from the original quatrains add another dimension to the readings making this, without question, the ultimate oracle from the primary prognosticator.

The Lost Tarot of Nostradamus - 2012 edition