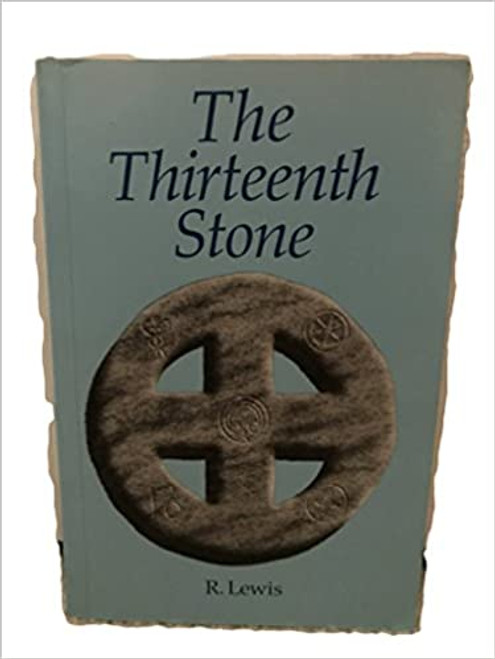 This book has some Loose Pages - from the start to page 6, the rest of the book is fine; all pages accounted for; fair to great condition.

From the back cover:-

The Thirteenth Stone challenges the major religions and our understanding of history as no book has ever done before. It is the herald of a revolution in humanity's view of both its past and its future.

Since the dawn of civilization there has existed a division between the magi, who held occult secrets, and those who have sought to unravel them. Mr Lewis has finally laid bare many of those secrets.  He claims, indeed, to have identified the Holy Grail.

On the basis of his study of the Dead Sea Scrolls and other ancient writings, the author has come to radical conclusions that will alter our view of both Christianity and Judaism.  These he sees as false edifices built in the shadow of a myth.

Another of the author's more astonishing claims is that much of the ancient literature was written specifically to paint forward to the time that lies immediately ahead of us now.

Not only is The Thirteenth Stone a milestone in human understanding, it is written with clarity and sensitivity by a man who has courageously spoken out where others have not dared.

The Runes: an Illustrated Guide to Interpreting the Stones

The Way of Merlin

The Oracle of Madame Marie: Your Book of Fate