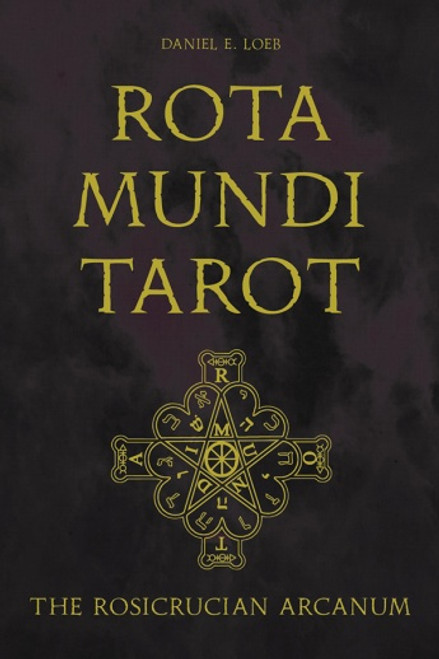 This innovative Tarot deck and comprehensive guidebook offer a seamless integration of Kabbalistic, alchemical, and Judeo-Christian mysticism and provide a scholarly synthesis of occult knowledge and Rosicrucian mysteries.

It contains a detailed examination of the symbolism within the Tarot and elucidates the connections between the Tarot and its associations with the Hebrew alphabet contained in the Sefer Yetzirah. It traces the separate evolutions of the Alchemy, Kabbalah, and Tarot and demonstrates how they were united into a single and complete system of mysticism.

It reveals the secret interpretations of the Rider-Waite Tarot deck, by examining their other works, and shows how the designs of the cards line up with the 32 Paths of Wisdom of the Kabbalah to form the structure of the occult Tarot.

About the Author: Daniel E. Loeb is a scholar, occult author, and spiritual mentor who wrote under the pseudonym D. W. Prudence while working in public service. He retired after serving 20 years in the US Air Force and is now a full-time author and instructor on topics related to Kabbalah, alchemy, and the Tarot. He graduated from the Hypnosis Training Institute of Central California in 1994 and from the Therapeutic Learning Center School of Massage in 1997 and earned his bachelor’s degree in psychology in 2002 and a master’s degree in 2008. Loeb has instructed hypnotherapy certification courses internationally and worked as a hypnotherapist in private practice, and as a Tarot reader.

In 2018, he authored the AlcheMystic Woodcut Tarot: The Secret Wisdom of the Ages. For the past nine years he’s volunteered as a victim’s advocate in sexual-assault prevention and response and served 10 years as a law enforcement officer. He believes in peace, justice, and freedom and has placed his life at risk many times to ensure the safety and rights of strangers. Loeb is a Jewish family name of German descent; it means "lion" and is a reference to the Tribe of Judah. Kabbalah and Rosicrucianism are in his blood and have been the focus of his studies for many years. His unique life experiences and his Jewish, Christian, and occult background have enabled him to interact with diverse cultures and to gain a unique perspective on mysticism and human behavior. He is a husband and the father of four. His present goal is to aid others in understanding the mystical concepts he has a passion for, and to empower his readers in their own spiritual endeavors.

Tarot For Your Self - 35th Anniversary Edition