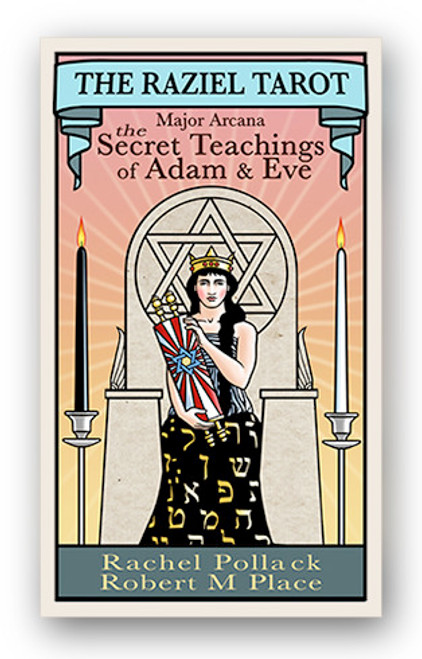 Rare & Out of Print

This Raziel Tarot edition is a deluxe large size 3 1/2inches by 6inches set of 24 cards with gilded edges designed by Robert M Place (creator of The Alchemical Tarot).

It comes in a boxed set with the same size 186 page book authored by Rachel Pollack (author of Seventy-Eight Degrees of Wisdom). The book expounds on the themes illustrated in the deck, which are based on thousands of years of Jewish lore, teachings, Kabbalah, magical practices, and the vast treasure house of stories, inspired by the bible, but going far beyond it.

It nevertheless is solidly rooted in Tarot tradition. The cards are drawn in the sensual Jewish Art Nouveau style created by E M Lilien in the beginning of the 20th Century, but they are also inspired by the classic Waite-Smith Tarot, often with an extra layer of meaning.

The Oracle of Madame Marie: Your Book of Fate