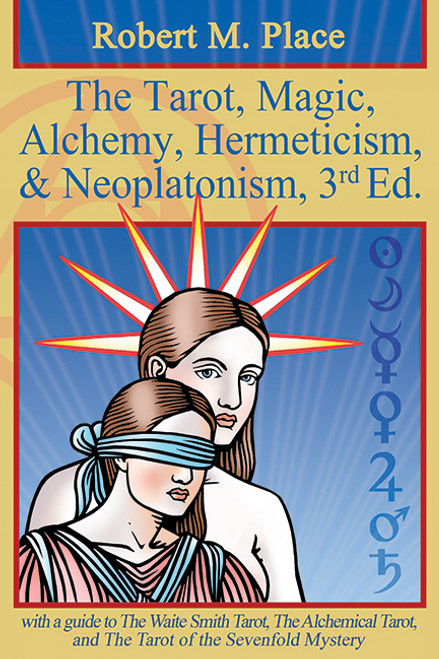 An exploration of the Tarot’s mystical roots, with a guide to The Tarot of Marseilles, The Waite Smith Tarot, The Alchemical Tarot, and The Tarot of the Sevenfold Mystery. Now with 59 updates since the second edition and two new illustrations.

The Tarot, Magic, Alchemy, Hermeticism, and Neoplatonism Second Edition  by Robert M Place, incorporates the material that was in Alchemy and the Tarot and The Tarot: History, Symbolism, and Divination, but updates the facts and, as you can tell by the title, covers a lot more material—about three times as much, with 680 pages and over 302 illustrations.

This book is intended to be a guide to - Alchemical Tarot and Tarot of the Sevenfold Mystery. It is the companion book for both decks. But it also covers the Tarot of Marseilles and The Waite Smith Tarot. So that it is a guide to the Tarot for anyone using any deck. Each chapter starts with a full-page illustration on the left hand page and the text on the right hand page.

Paperback; 680 pages and over 302 illustrations.

Click on the link to check the book from the Authors' official webpage: https://robertmplacetarot.com/the-tarot-magic-alchemy-hermeticism-and-neoplatonism-second-edition/

The Magic of Tarot