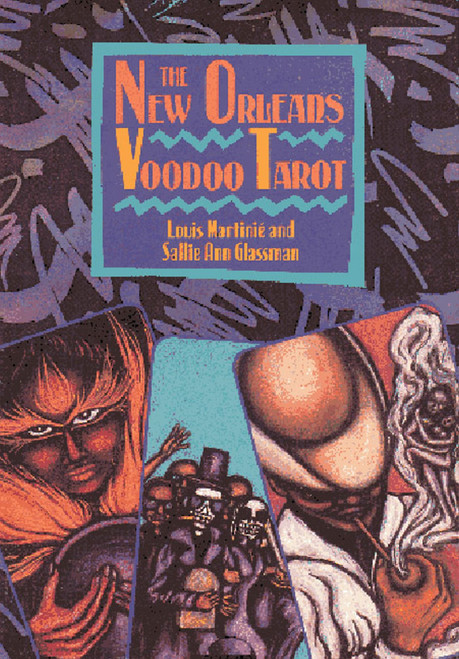 The first tarot to celebrate an African-American culture, this book and 79-card deck capture both the spirit and the imagery of Voodoo's African, West Indian, and Catholic influences.

Ancient and earth-honoring, Voodoo's practices take on different forms specific to time and place, but its essence remains focused on the loa-the potent spiritual forces of Voodoo that are manifested directly through human beings and their actions.

The authors draw strong parallels between the Waite and Thoth Tarots, the Kabalistic Tree of Life, and the Voodoo tradition as it is practiced in New Orleans. Just as the major and minor arcana of the Tarot represent the archetypes of the human psyche and the natural forces of our world, so do the loa of Voodoo embody the primal energies of the universe. With a variety of spreads and readings, the authors show how the Tarot can be an ideal channel through which the loa exercise their powers to teach, advise, and initiate the serious student into their mysteries.

About the Authors: A musician involved in sacred and secular drumming and editor for Black Moon Publishing Louis Martinie is also the author of Waters of Return; The Aeonic Flow of Voodoo.  Sallie Ann Glassman's award winning drawings, paintings, charcoals and pastels have been widely exhibited.  The distinctive and evocative images she has created for this book and deck mirror the colorful gaiety of the New Orleans experience and the mystery of Voodoo adding a completely new dimension to the very ancient tradition of Tarot divination.

Tarot Of The New Vision Kit