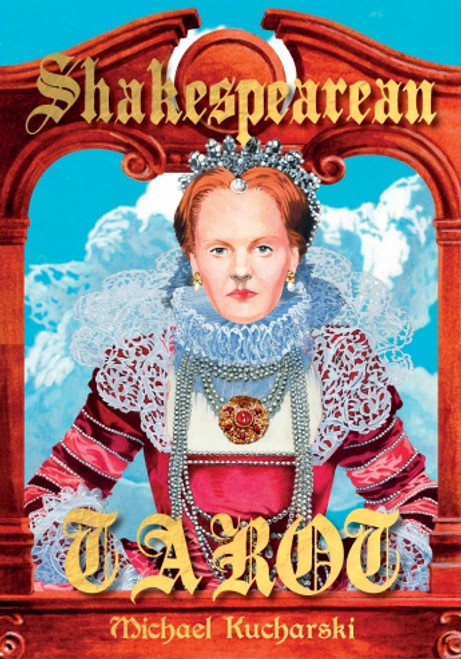 William Shakespeare’s work penetrates and reveals the human mind, heart, and soul, firing the imagination so that we may easily see ourselves within his cast of characters. In this extravagant deck of 78 Tarot cards with accompanying guidebook, striking images and card meanings are perfectly matched with the Tarot using Jungian archetypes from Shakespeare’s most famous plays. All of us are Hamlet. We have all at one time or another found ourselves trapped like a fly in amber by indecision and in need of guidance. Discover through meditation, introspection, and the reading of Tarot how to learn about yourself, understand self-control, and make the best choices by revisiting iconic stories invoked through Shakespeare’s strong influences for over 400 years.

About the Author: Michael Kucharski’s serious art education began when he enrolled in the Famous Artist correspondence course found on the back of a comic book and concluded when he graduated from the College for Creative Studies with a BFA in graphic communication and a major in illustration. As an illustrator, his work found its way into advertising, books, and magazines; later he became a combination graphic designer/exhibit designer for the Detroit Historical Museum. His fine arts efforts began with participating in the In Dreams Awake: Art of Fantasy exhibition at the Olympia and York in NYC. Although he has created many Tarot-based images, this is his first complete Tarot deck.