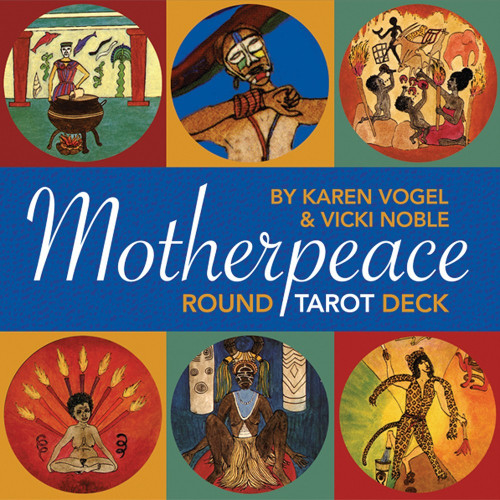 The creators of Motherpeace Tarot have departed from traditional (and often patriarchal) imagery of tarot, and have instead embraced the goddess spirit. The feminist emphasis is balanced with several male figures present in the deck. Motherpeace’s round cards and primitive artwork allow the reader to rely on intuition rather than standard “black and white” meanings.

The Motherpeace Tarot deck combines art, history, mythology, folklore, philosophy, science, astrology and comparative religion with an informed feminist perspective. The images on the cards are taken from 30,000 years of women's culture throughout the world.

Each of the 78 cards is a gestalt or circle of symbols celebrating the life force and people's rituals. The deck can be used for meditation, divination, psychic counselling and self-healing.

Tarot of the Golden Wheel