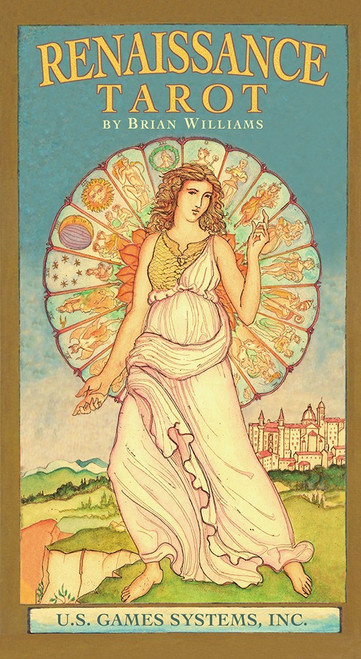 All twelve gods of Olympus plus other Greek and Roman deities are depicted on the Major Arcana of this 78-card deck by Brian Williams. Scenes on the Minor Arcana relate classic myths. Card titles in English/Italian.

Inspired by classical mythology, The Renaissance Tarot deck features 78 full colour cards with descriptions of the deities and their attributes. Four great cities of Renaissance Italy are depicted in the four suits. The 22 Major rcana cards feature gods and goddesses. The Minor Arcana are represented by classical myth cycles of the seasons, elements, planets and constellations.

The legacy of Brian Williams, known internationally as "The Renaissance Man of Tarot:, includes his artistry and expertise in Tarot and italian art. Includes 78 cards and instruction booklet.