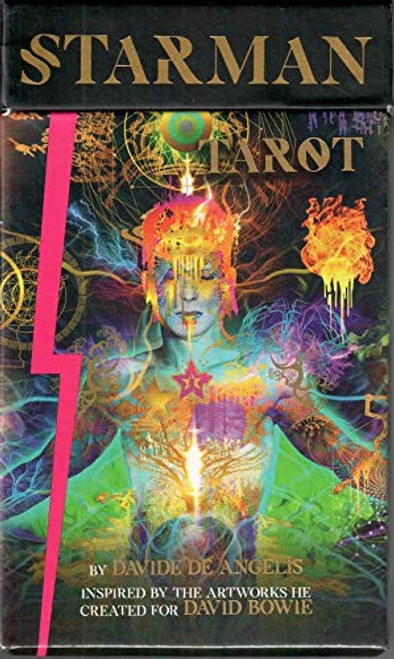 The Starman Tarot is an emergent phenomena seeded and inspired by the artistic collaborations of Davide De Angelis with the iconic David Bowie.

Back in 1995, the iconic musician and visionary David Bowie was working with the designer and philosopher Davide De Angelis. Together they ignited an idea to create a highly innovative and visually spectacular tarot deck. An integral aspect of the design would be for Bowie to subtly interweave his persona into the major characters of the cards.

This, combined with his deep desire to explore and visualise the nature of reality, has given Birth to rich and complex forms of graphic art - "potent visual alchemy" as Bowie described it.

The deck contains a myriad of references to the powerful cultural comments in Bowie's lyrics, intricate sacred geometries, alchemy, magic and shamanic teachings. The cards would link potent mysteries from our distant past with astonishing, spiritual technologies from a strange, distant future. Bowie and De Angelis collaborated on ideas for many years as an underground knowledge and energy formed around the project.