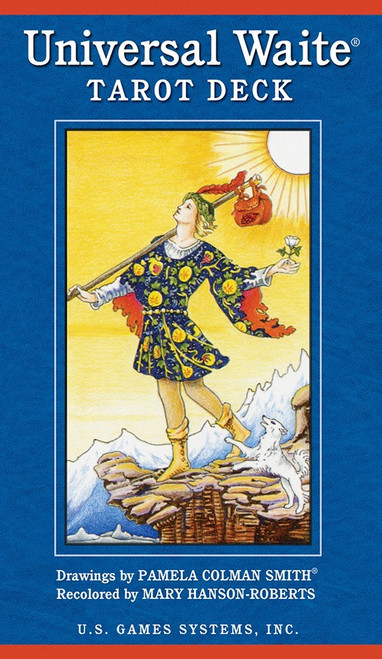 In 1909, Arthur Edward Waite encouraged Pamela Colman Smith to produce a tarot deck with appeal to the world of art that would have significance behind the symbols and thus make the deck more important than tarot packs previously used for centuries.

The result was the unique Rider-Waite tarot deck which has endured as the world's most popular 78-card tarot deck.

The innovative cards, including the 56 Minor Arcana, depict full scenes with figures and symbols. Pamela Colman Smith captures the subtleties of emotion and experience in these serene, delicately coloured designs.

The deck is sized 7 cm x 12 cm with detailed design and coloring done by Mary Hanson-Roberts.