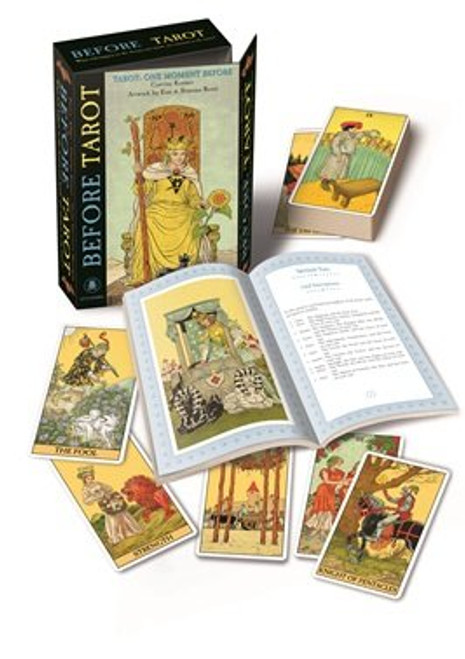 Take a step to the past,looking at the Arcana you know with different eyes.

The Before Tarot is the mirror to the After Tarot. All the traditional Arcana had been seen through a different light, no more as mere snapshot of the present moment, but as living archetypes connected to the flow of time. Only in this way, they can tell us their complete story.

Every Arcana is depicted one moment before the traditional image.

All the cards show a slightly different interpretation of the familiar Arcana. The meaning is the same, but the card is taken one step back in time, to immediate past.
The deck provides an unparelleled vision and depth to the traditional images, and also suggest to us, how the Arcana came to be, and what story they are telling.Focusing on the roots of every meaning, the Before Tarot helps the Reader to look at the flow of time.
×