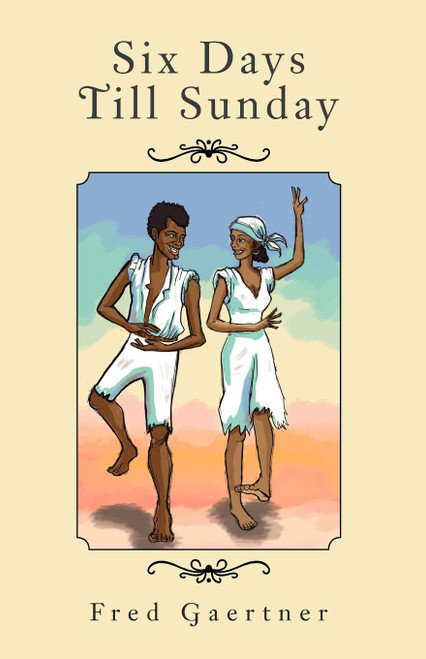 AARON THE WAYSHOWER is the author’s spokesman who appears in each of a series of novels to combat some form of subhuman behavior. The first novel, SIX DAYS TILL SUNDAY, centers upon the enslavement of one racial group by another racial group and brings Aaron for a visit to America’s antebellum South (1855 - 1857) to oppose the institution of human bondage.

In the Kingdom of Verde on Earth’s sister planet of Aumni, sixty million blacks enslave twenty million whites, creating an economic imbalance between Verde and the other seven kingdoms (the Allies) who have NO slave labor to bolster THEIR economies. Verde has built up an enormous military power to protect its “way of life,” the institution of slavery within its borders. At great cost to their economies, the Allies have countered by building an equivalent military force to protect the freedom of whites living within THEIR borders. Both sides are fully armed with nuclear weapons, and no one doubts that an all-out war would terminate human life on this beautiful two-mooned planet of Aumni.

Aaron seeks to convert Prince Vada (soon to be King of Verde) from pro-slave to abolitionist. To achieve this crucial goal, he convinces Vada to translate to Earth and experience life as a bondsman in America’s Southland of 1855. ... What will be the outcome?

Most readers should easily become interested in what Aaron says and does. He’s not just another great teacher (Moses, Jesus, Buddha, Muhammad). He is the procreator of a Life-Stream which includes Earthlings as a tiny fraction of his total Progeny. Even more important, the TOTALITY of his responsibilities is similar in scope to that which each of US must one day assume!

About the Author: Fred and Marie Gaertner are a husband-wife team of composers and music dramatists. Fred also writes the novels upon which their music dramas are based. Their goals are to inspire, entertain, inform and uplift. They view eternal life and the brotherhood of man in such a way that cultural/spiritual differences among human subgroups are so cherished that pitiable acts of hatred, terror and murder could never be based upon these differences. Those who embrace the Gaertnerian message should enjoy personal upliftment that only an expanded view of the meaning and purpose of human life can provide. Please message updates please visit us at www.beyondanydoubt.com.

90 Days to Learning The Tarot

The Language of Letting Go