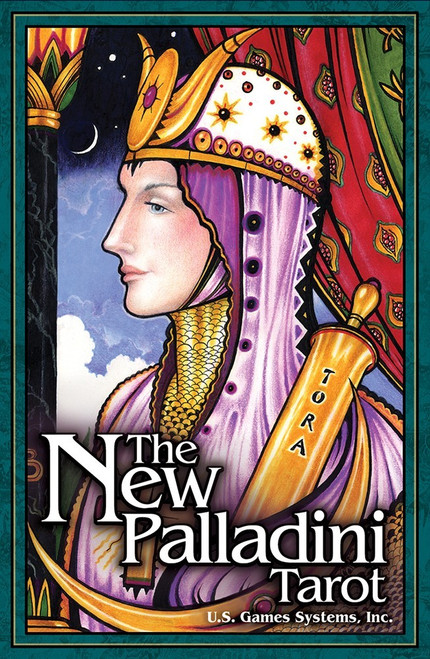 The creator of the best-selling AquarianTarot, brings to the New Palladini Tarot a deeper understanding of traditional tarot's meanings and symbolism.

New Palladini Tarot combines elements of medieval, Egyptian, Renaissance, and modern art in a bold, original style. The artwork is clear and vivid, with full-realized pictorial scenes for the Minor Arcana as well as the Majors. The color symbolism adds a depth to the readings, particularly the night sky backgrounds in the suit of Pentacles, which adds a meditative quality.

The booklet guides the reader through the card meanings and interpretations, making this an ideal deck for beginners as well as the experienced tarot followers.

"As the creator of The New Palladini Tarot, I have tried to infuse as much magic and true meaning as possible into the artwork. But these subtleties will only become apparent and useful after careful and patient introspection. Each door which opens reveals more doors to be opened. Each road traveled leads to more roads and choices. Each new piece of knowledge gleaned from the cards leads to greater knowledge." - David Palladini {Introduction to the New Palladini Tarot}