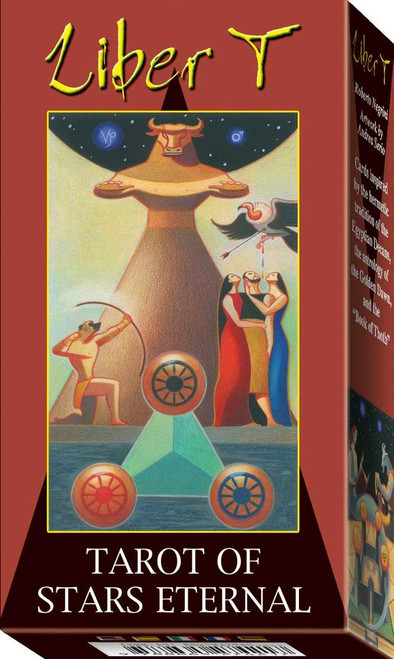 Liber T is a modern rendition of Crowley's vision for tarot. Negrini, the greatest Italian expert on Crowley, carefully directed Serio's breathtaking art. Because of Negrini's careful and serious study of Crowley, this deck is filled with esoteric and magical symbology. The dramatic, fully-illustrated Minor Arcana will deepen understanding of Crowley's work and add power to anyone's tarot readings.

These Tarots, masterfully painted by the painter Andrea Serio, are the result of in-depth research carried out by Roberto Negrini, scholar of the "Book of Thoth" and its evolutions.

Each card is inspired by the hermetic tradition of the Egyptian Decans, the Astrology of the Golden Dawn and the Book of Thoth.

The companion booklets for most Lo Scarabeo decks are in five languages: English, Spanish, French, Italian, and German.