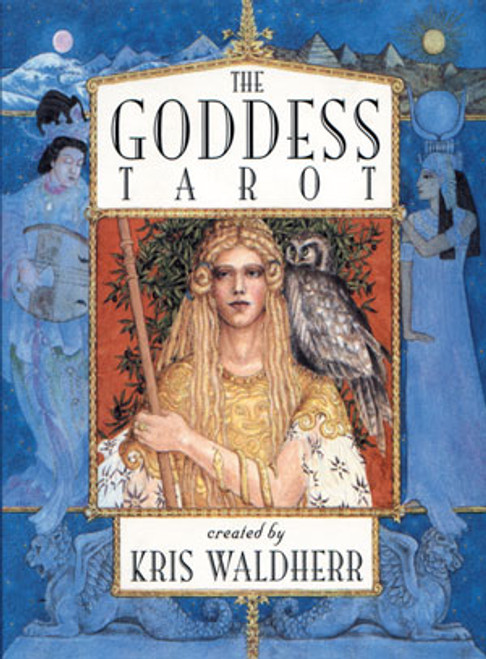 The Goddess Tarot uses goddess stories and imagery to update traditional tarot symbolism, addressing women's contemporary needs. Described on Aeclectic Tarot as "possibly the most beautiful tarot deck ever to be created" Goddess Tarot is ornately illustrated with evocative details that bring tarot to life in new ways.

Each card in the Major Arcana depicts the story of a different goddess. Each suit in the Minor Arcana corresponds to one of the four elements -- earth, air, water, and fire -- as well as to a particular goddess. The suit of cups is associated with Venus, the Roman goddess of love. The suit of swords relates to Isis, the Egyptian goddess of magic and redemption. Pentacles portray Lakshmi, the Hindu goddess of prosperity, and the suit of staves depict Freyja, the Norse goddess of creativity. Artist and author Kris Waldherr also provides a beautifully written instruction booklet to help you get the most out of The Goddess Tarot.