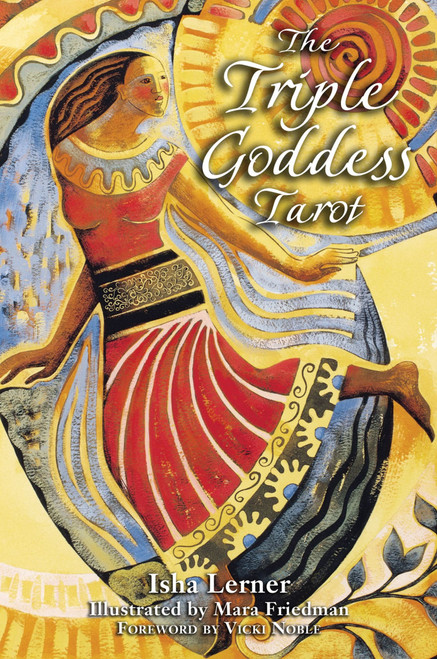 The Power of the Major Arcana, Chakra Healing, and the Divine Feminine

This deck offers a system using the healing power centers of the body, archetypal mysticism, the sacred feminine, and an awakened consciousness as a means to acquire greater health, empowerment, and purpose.

A new tarot based on the divine feminine that utilizes the power of chakra healing and archetypal consciousness to restore vital life-source energy.

This unique divination deck of 33 cards connects the mystical core of the tarot with the living force of the divine feminine through one of the most sacred graphics known to humanity, the holy trinity or triangle. The author has created 11 new cards to supplement the traditional 22 major arcana "soul cards" of the tarot. Four of these new cards serve as an overriding goddess trinity, while the other seven cards represent the seven chakra points in the body, creating a powerful alignment between the spiritual, physical, mental, and emotional energy fields in order to illuminate and revitalize life energy.

Through this unique combination, The Triple Goddess Tarot offers a system to individuals who are ready to engage with the healing power centers of the body, archetypal mysticism, the sacred feminine, and an awakened consciousness as a means to acquire greater health, empowerment, and purpose.

The accompanying text provides suggestions for ways to engage with each exquisitely painted image which is accompanied by rituals, prayers, and practical guidelines to invoke the Divine Feminine. Taken together these elements can create a powerful alignment between one's spiritual, physical, and emotional energy fields, allowing for greater health, empowerment, and purpose.