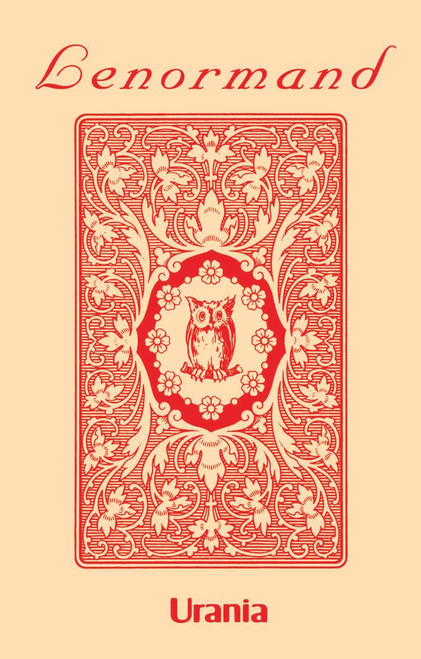 Card interpretion has never been this easy!

The Mlle Lenormand Owl decks (so called because of the owl on the backs) are a pocket-size Lenormand deck of 36 cards.

Mlle Lenormand (1772 – 1843) came into prominence in France as a card diviner early in the 19th century. She made a deep impression upon the minds of her numerous followers and was celebrated by many famous personages.

The “Blue Owl” represent the marvelous cards found after her death, the same cards with which she predicted the rise and fall of Emperor Napoleon, the secrets of Empress Josephine and the fate of many court followers.

In the Blue Owl deck each card has a linked playing card inset into its old-fashioned imagery, the Red Owl deck has a verse inset into the imagery.