The Oracle of Dr John Dee 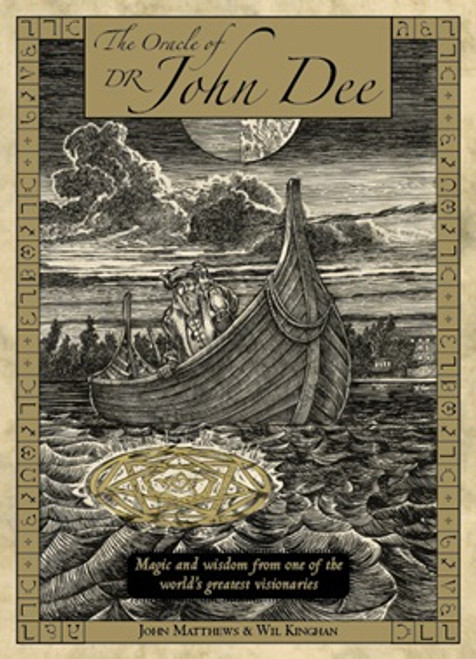 The Oracle of Dr John Dee

Dr John Dee (1527–1609) – arguably the most famous of the Elizabethan magicians – was a visionary who straddled the worlds of science and magic. Court astrologer to Elizabeth I, he was also a mathematician, astronomer, occultist and navigator, and devoted much of his life to the study of alchemy, divination and Hermetic philosophy.

His work led him into the realms of angelic magic, and during the last thirty years of his life he invested a great deal of time and effort attempting to commune with angels in order to learn the universal language of creation and bring about the pre-apocalyptic unity of mankind. Dee considered all his activities to be different facets of the same quest for an understanding of the divine forms he saw as underlying the visible world, and which showed themselves as oracles – words of wisdom from angelic sources.

THE ORACLE OF DR JOHN DEE offers life guidance for today based on Dee’s quest, and the insight, wisdom and knowledge he uncovered on his journey. Drawing together the interrelated aspects of Dee’s work, the oracle offers guidance on key life areas in your own quest, or life journey.

Based on Dee’s own Golden Talisman (currently held in the British Museum), the oracle is governed by the Four Towers of the talisman on which the cards are laid, each representing one of four key divisions of life: health, love, work and intention. Each tower is ruled over by a mighty archangel, who brings the appropriate wisdom, understanding, healing or insight to the issue at hand, helping you to find the way through the storms of life and offering strength, support and inspiration. The central position on the talisman template represents you, the querent, and the oracle energy flows towards this point from each of the Four Towers.

The twenty-eight oracle cards, divided into four sets of seven, depict Dee in seven of the archetypal roles that illuminated his work, along with other key luminaries from each realm (including Johannes Kepler, Nicolas Flamel, Robert Fludd, Hippocrates and Sir Francis Drake, among others).

Each set is governed by its own ‘suit’ – Green, Red, Gold and Silver – and features the following archetypes: Magus (Knowledge), Alchemist (Transformation), Astronomer (Perception), Astrologer (Futures), Geographer (Journeys), Physician (Well-being) and Historian (Map of Life). While the inherent meaning of each archetype always remains the same, the insight it brings to the issue is coloured by the governing suit and the direction (north, south, east or west) in which the card falls on the talisman template.

With THE ORACLE OF DR JOHN DEE, you can now gain unique insight and guidance for your life journey from one of the greatest visionaries of them all.

Oracle of the Mermaids